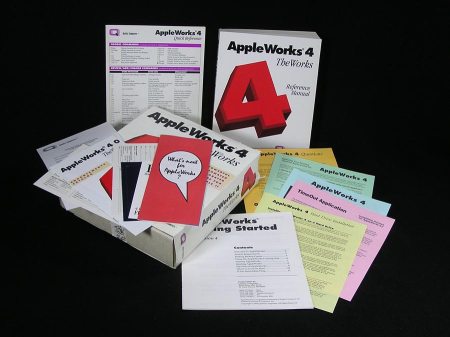 Appleworks 4 and 5 were put out by Quality Computers in the early 90’s and incorporated many of the popular TimeOut add ons. Sold as AppleWorks 4. New disks and a small Delta Manual added to the 4 package when 5 was introduced.

Very limited availability as there are still many, many boxes of software to go through. Items with asterisks are limited and one or more of these items may be missing in a slightly incomplete package but ALL include the manuals and Quick Reference card. Most are in very good condition.