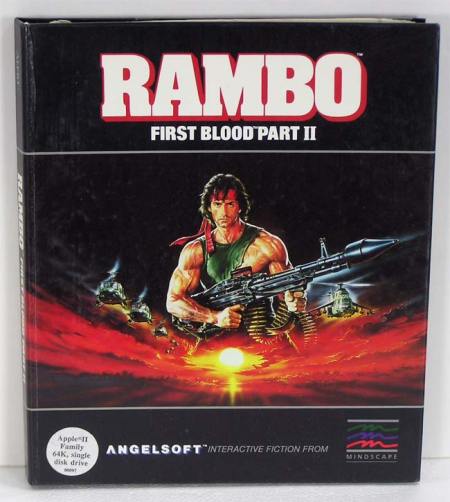 Your war was never over. And now you're going back. The parachute drops you into the middle of enemy territory. Your mission: Prove the existence of American POW's in Vietnam - Don't engage the enemy - Leave it to the government to get them out. But who could leave Americans in that hell hole? Not you, John Rambo.

Aided only by a beautiful woman, an AK-47 machine gun, a knife and a bow, you face the nightmare of Vietnam all over again. But this time you must win - or die! Put yourself to the ultimate test.