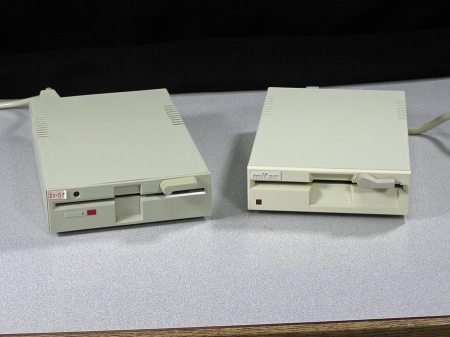 All are clean and have all their feet. They have been tested to Format, Read and Write. Speed has been checked and adjusted if necessary. All have the standard DB-19 connector for the Apple I/O or 5.25 Drive interface cards.

None of these drives have a pass through so cannot be daisy chained other than perhaps as the last drive in the chain. Please do your own research. There may be an interface card for the AE (Applied Engineering) drives that will let you use two of them from the same card, I am keeping my eyes open for it.

Select below from the following:

A) Meiji FD-103. Disk lock lever on left. Medium to Severe discoloration, especially on left side.