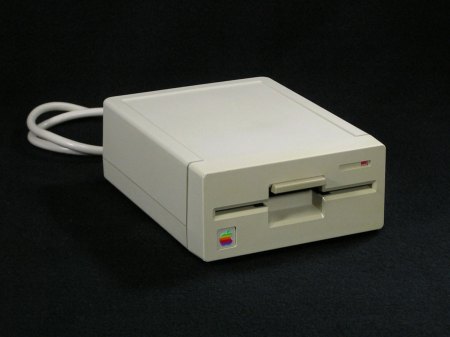 This is a floppy-disk drive that uses removable, 5.25-inch disks to store and retrieve data. You can use your Unidisk Drive with ANY Apple II in the Apple II family of computers.

This was the 5.25 drive that replaced the Disk II Drive. Features daisy chaining on the rear, black feet and beige in color to match the original Apple IIe. It was replaced by the Apple 5.25 Drive which is Platinum in color.

All are clean and tested to read and write. Exterior condition varies from as Nice as it gets to Severely discolored or a cracked housing and everything in between. More information about coloring can be found here. I will try to put drives in the most appropriate category as far as exterior condition, but as the photos show, it is very hard to judge with some.