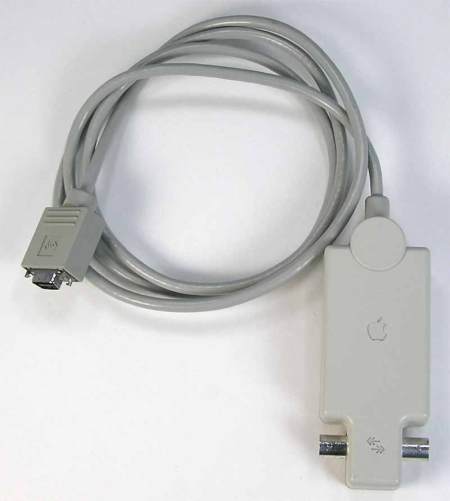 The transceiver can only be used with a Mac or Apple device (eg printer) with an AAUI ethernet connector.

The AAUI ethernet port was introduced with the Quadra 700 and 900, it was a standard port on most Macs until discontinued with the G3. Some PowerBooks and LaserWriters also have this port.